The managers are learning on the job. We’re learning on the job. We’re having to go through some pretty dramatic times with COVID. I think some of the stuff angled at Neil is a little bit harsh. I think he’s doing the best job he can. This is his first job. He’s 23 games in and we’re just trying to work together to make sure that we get as many wins as we can in the next 23 games. If you look at how we’ve played, I don’t think we’ve played very well in a lot of those games and we’ve come away with 23 points. I think we can improve that and our target is to make sure we get to 50 points. So can we get 27 points out of 23 games? If we don’t we probably deserve to go down anyway.

I don’t know what else we can do. I don’t think there’s any there’s any sense in in changing manager. I’ve done it enough times to understand that you can’t just give them eight months, you can’t give them six months, you just can’t do it. You have to give them a little bit longer as long as they maintain the ethos of when they came to the club.

I think we need to keep him in place. I think he will improve and use this experience.

On the chances of a striker coming in this January

We’ve got striker coming in. His name is Kevin van Veen and he should be back in the next two weeks. He’ll be a new striker for us. He’s been out a long time this season and he’s raring to go. There isn’t a better player in League Two than him in that position. It’s not easy to put a lot of pressure on the young man shoulders, but whoever you bring in it’s going to be the same pressure on them. Watching him today in training, he’s not fit but the guy gives us so much mentally. He’s really grown up and even when he’s not on the pitch, he has a real impact at the club with the other lads. He’s a new Kevin. If we can get him back for the last 20 games, I’m almost certain that will get enough points.

We’ll make sure that Kevin is 100%. He’s certainly well ahead of where he was before his last injury when he came back. He will be stronger ready to go. He’s our biggest asset and we’re going to look after him.

On whether he is concerned about relegation

Absolutely not. My focus is on survival in League Two and I think we’ll do that. I don’t think you can plan for that sort of relegation. It’s impossible. It’s not even in our minds. I think our squad is good enough to gain enough points to stay up. That’s the most important thing to do. Go out there and get 27 points. I think that’ll be enough. That’s what we’ve got to focus and like I said, if we’re not good enough to do that, that’ll be down to the players on the pitch. If they don’t perform, I don’t know what you can do. It’s very difficult. But we’ve got enough.

We’ve been impressed with his attitude. He’s very mature. He’s probably not played the last couple of games because he got himself burnt out a little bit. He was a bit tired and I think mentally he was very tired as well, even though he hadn’t had COVID or anything like that, so we’ve given him a couple of weeks off. It’s not the worst thing in the world for his development and we will look after him as we will everyone who’s in that sort of frame of mind.

He came back in and he’s fitter and stronger. He looked a completely different guy, so we made sure we took the option. He’s earned his stripes and he deserves his contract. He will only get better. I don’t know whether he is a midfielder or 10. He’s doing a great job there but I think there’s a lot more to him. I think going forward, we’ll get a lot more out of him.

How he responds to the fans calling for his head

That’s not really changed has it to be honest. I’m here in my eighth year. I’ve put a lot of money where my mouth is and I’ve invested in the team. I gave this club five years in League One, which is one of the most stable times in club’s history. For that period we broke records. We’ve done loads of stuff in those five years.

Things come to an end and you make mistakes and we are where we are, but I’m still here, I’m still working.  They’re calling from my head, which is great. If there is a multi billionaire waiting to take over Scunthorpe United, then they know where I am. They aren’t there, I can tell you. It’s not easy. It’s not easy to sell a club in these conditions and it’s not easy to get investment in these conditions. We’re moving to a sustainable model so the club can be run in a in a different way. We’ll do our best to try and make the club successful.

I don’t think it was too bad, not for a 57 year old guy that knows nothing about football! I thought it was reasonable, actually, it could have been a lot worse. I’ve turned down a lot of players. We use certain agents that we get on with because we trust them, but in the end, it’s down to the player. If the player wants to play at his best ability, they’ll be good. If they don’t, or they mentally can’t cope with it, then I don’t know who you blame. You can keep blaming the the agents or the scouts for saying they’re good or managers for saying he was good. Where do you stop that? If it doesn’t work, it’s my fault. I’ll never win in this position, but we’ll employ the right people the right time to do the best job.

On COVID and how it has affected the Iron

Yes, it has affected us. Has it affected us any more than others? Probably not. I don’t know. Everybody is fighting for their lives. Every team is fighting for their lives, fighting for every penny they can get. We’re more apart now as an EFL institution than we’ve ever been because it’s about survival, individual survival. I’m just concentrating on Scunthorpe. I don’t know about other clubs. You can see that they lose players, we’ve lost players. We were hit pretty hard. My priorities are that none of our players are seriously ill or will pass this on to anybody in the family. But it does affect you. Of course it affects you.

On whether the EFL investigation into postponements had concluded

On the appointment of Will Swann

I didn’t want him to come. If I’m in his position and I’m the son of the chairman and see all the abuse I’m getting, why would I come to the club? I tell you what, he’s got a big set my lad to actually have the guts to turn up and do a job that he’s been asked to do. I honestly didn’t even know that he was talking to Neil. Neil decided that he wanted somebody young, a very different approach. He came to me and said, “Look, I hate to say this, but I’d love Will to come and work with me”.

They’ve worked together before. Will will find young players. He will work very, very hard to get the right players for the club. He’s got a lot of contacts.  He’s had a bit of time in the agency world. He’s spent time under Turny and now he’s out there doing the best role he can possibly do for us. Like I said, I didn’t want him to come to the club because I know all the crap he would get. He’s a man and he wants to prove a point. He’s got a plan in his head to get us back to the Championship. I love to hear that. I love to see that.

I didn’t want him here because I knew the pressure he would be under, but Neil has chosen him. I respect that. Neil is an ex Premier League player, a professional footballer and qualified coach and has decided that William is good enough to do the job for him. I have to stand by that. I know he’s quite capable of doing this job. In fact, I know he’s going to do it very well. He’s got an immense amount of knowledge of young players throughout the North East and North West.

On the Grimsby kick off time

It was just a miscommunication. What does it matter, really? There are more important things to talk about than the kickoff time. We sent an email out that wasn’t quite right. I’m not going to sack anybody over it. It’s just a mistake.

Find Betting Deals for you 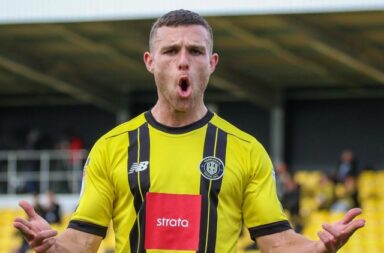 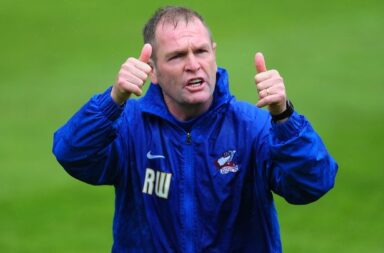 Wilcox leaves as U23 side is scrapped

Paper Talk: Race for Bedeau hots up with four clubs interested in defender