Scunthorpe United face an uphill battle to keep hold of prolific youth star Joey Dawson this summer, with a host of clubs interested in signing the 17 year old.

Iron Bru understand Scottish giants Celtic are one of a number of clubs keen to land Dawson, who has netted 16 times in the Youth Alliance league this term.

The Iron have offered Dawson a long-term professional deal to stay at the Sands Venue Stadium and whilst a deal is still on the table it is understood the youngster will explore his options this summer.

A number of Championship clubs including Derby County are also monitoring the situation closely.

Dawson made his only appearance for the Iron in the Carabao Cup against the Rams in 2019, when he became the club’s youngest ever player during a late cameo as a substitute.

Find Betting Deals for you 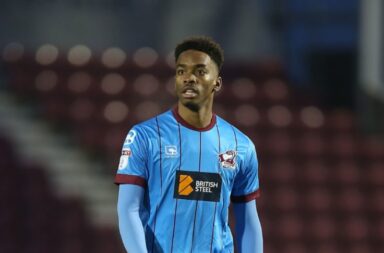